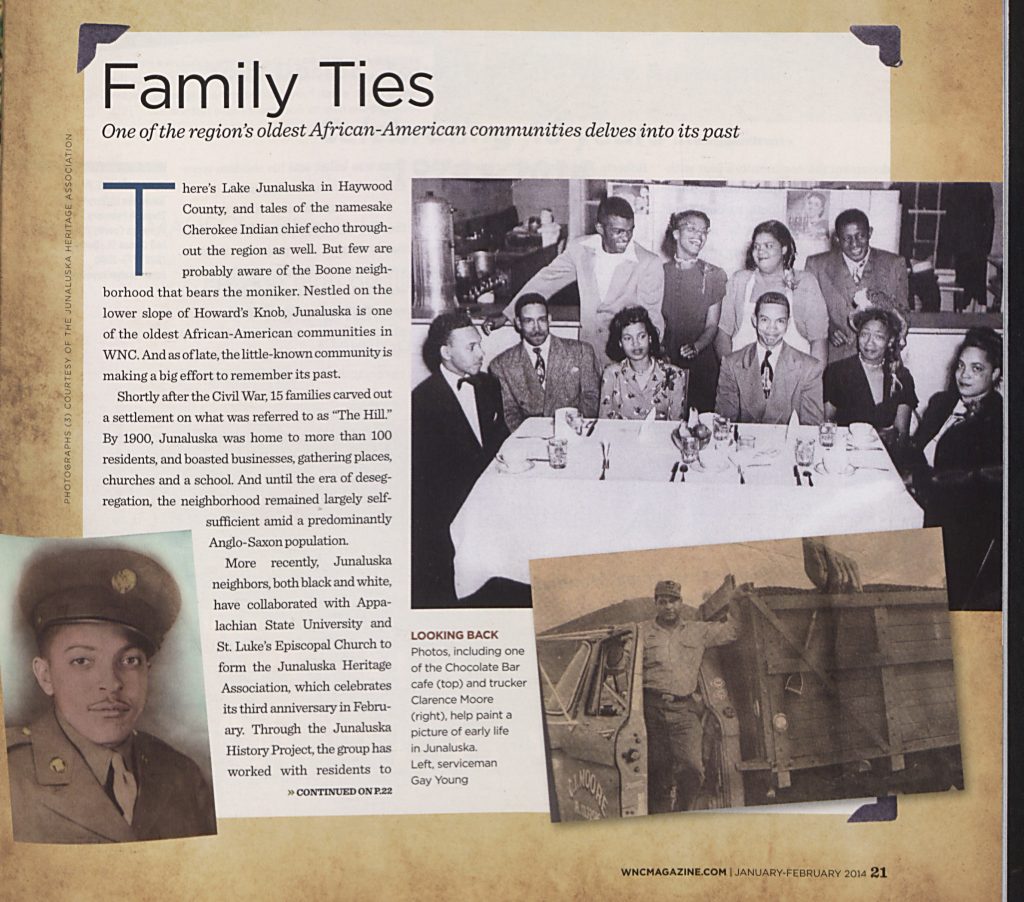 A January 2014 article in WNC Magazine detailing the Junaluska community

Dozens of new documents, photos, and artifacts have been newly digitized at DigitalNC, courtesy of our partner, the Watauga County Public Library. They all detail the Junaluska community, a neighborhood where a large number of longtime African-American families of Boone live. Many families also belong to the Mennonite Brethren Church, making it the only Mennonite Brethren church with the majority of members being African-American. Click here to view the newly digitized files. 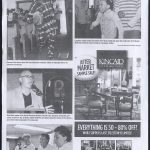 Included in the new batch of digitized artifacts are several journal articles about the Mennonite Church in Boone, local documents, ancestral generation charts, and newspaper articles about the local community and local figures, including the pastor for the Mennonite Brethren Church. Also included are photos and advertisements for the Junaluska Jubilee, a celebration of the Junaluska community. Finally, there is also an audio clip included about the Junaluska community, including segments on segregation, the civil rights movement, and school integration, narrated by local residents.