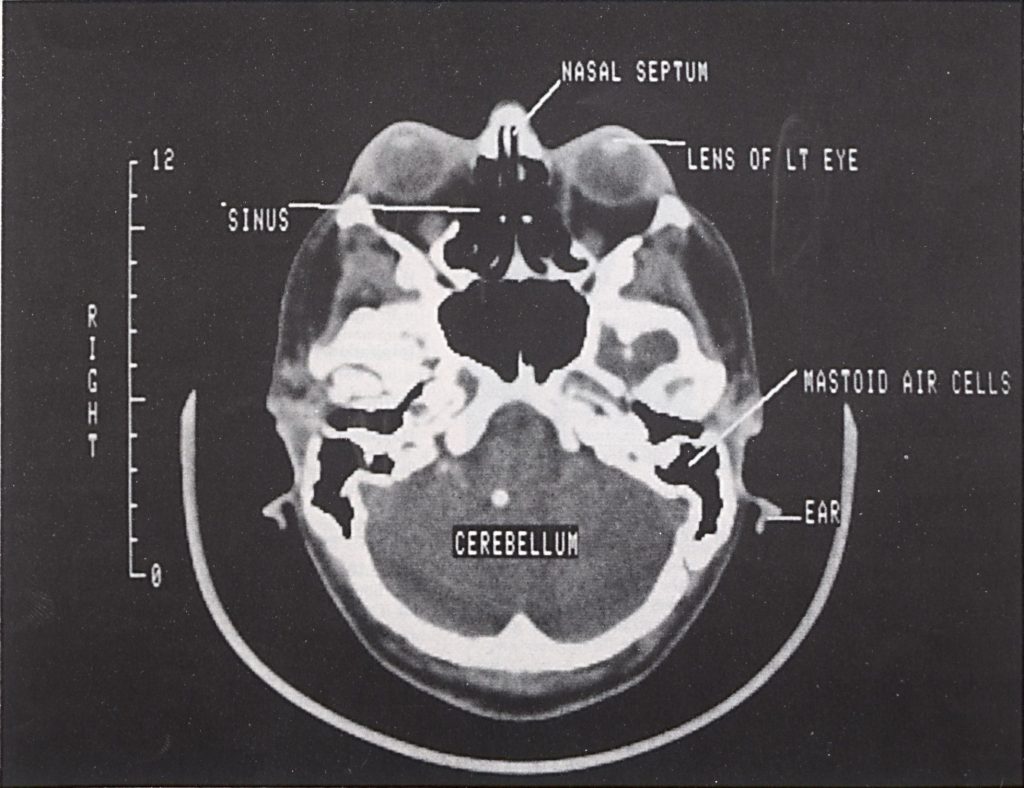 Cross-section of the base of a human skull, from a Rex Messenger cover article introducing Rex Hospital’s new CT scanner, January 1982 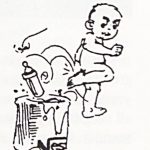 From an article on the benefits of breastfeeding (Nursing Perspectives, September 1992)

A newly digitized collection of newsletters from Rex Healthcare Library in Raleigh, N.C., are now available on DigitalNC. The six newsletters range from 1977-2008. The Rex Healthcare Library collection reflects major changes in the life of a hospital over the the past four decades, from attitudes toward smoking, holiday celebrations, recycling, and childcare; to the advent of computers and new medical technology.

Rex Hospital opened in Raleigh in 1894. After relocating to different Raleigh sites in 1909 and 1937, it moved to its current location at  Lake Boone Trail, Raleigh, in 1980. In 1995, Rex Hospital changed its corporate name to Rex Healthcare to reflect the variety of care facilities it provides. Today, the private, not-for-profit Rex is part of the UNC Healthcare system. It is one of the largest employers in Wake County, N.C.  You can learn more about the history of Rex by looking at materials the NCDHC has digitized from them, including this history published in 1957. 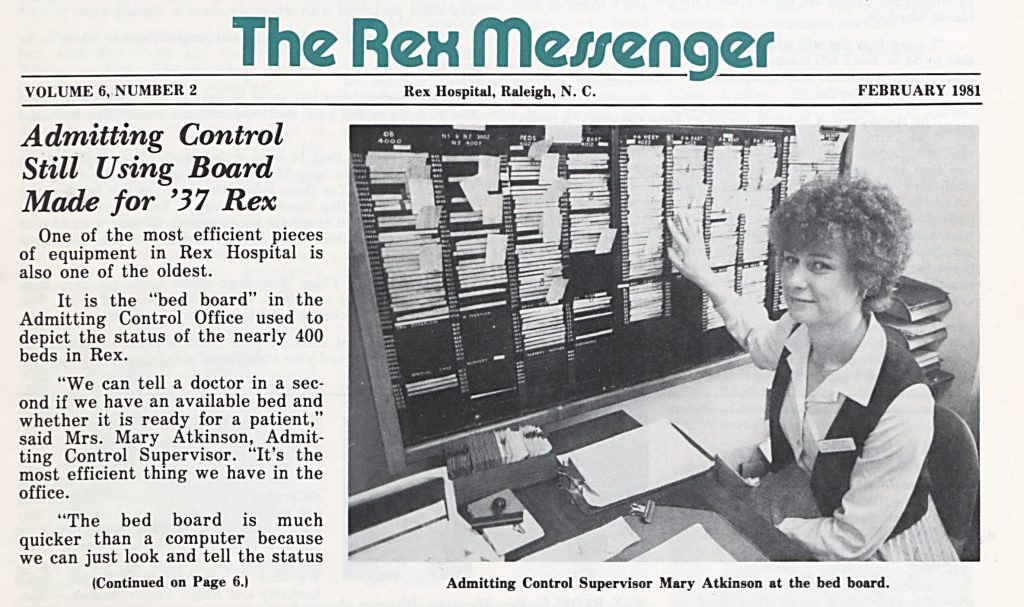 Three of the newsletters — the Rex Messenger, the Rex Hotline, and Pulse — focus on general hospital staff, employees, and friends. The Messenger is the oldest newsletter in the collection, spanning 1977-1998. It includes extensive pieces on the history of the hospital and covers the hospital’s centennial celebration in 1994. Two other newsletters, Nursing Perspectives and CaREXpress, center on the patient care division of the hospital; while RCare  specifically treats the hospital’s move to electronic record-keeping. The newsletters also ran employee profiles, gave updates on hospital procedures, printed poetry and fiction by hospital workers, and published letters from patients; and they report on activities Rex Hospital sponsored in the surrounding Raleigh community. 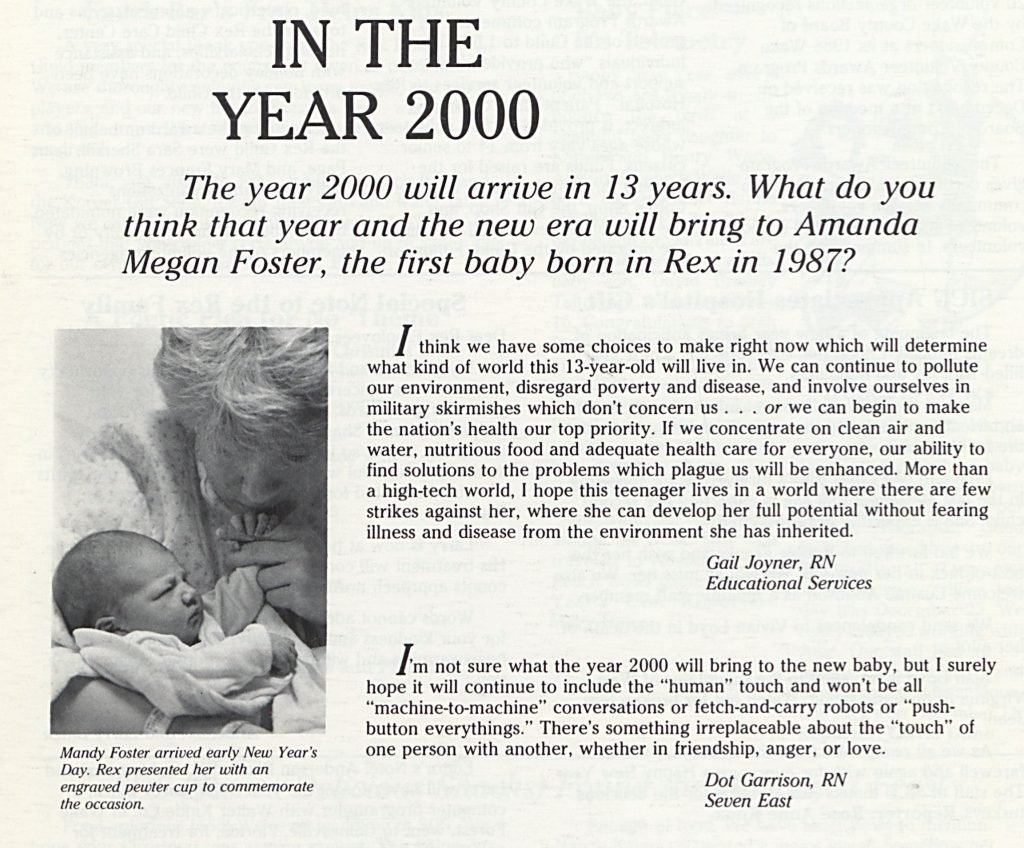 One feature in the January 1987 issue of the Messenger asked reporters to imagine what life would be like for Mandy Foster — the first child born at Rex Hospital in the new year — when she became a teenager in the year 2000. Several people suggested Mandy might work in the space program. Others speculated on how technologically savvy she would be. An RN reflected, “I’m not sure what the year 2000 will bring to the new baby, but I surely hope it will include the ‘human’ touch and won’t be all ‘machine-to-machine’ conversations or fetch-and-carry robots or ‘push-button everythings.’ ” (Read the full feature here .)

To learn more about Rex Healthcare Library, please visit their contributor page or the website. To see all of the newsletters available from the NC Digital Heritage Center, please visit here.

A Rex Hospital Data Control worker stands next to a horoscope bulletin board she designed (Rex Messenger, February 1979) 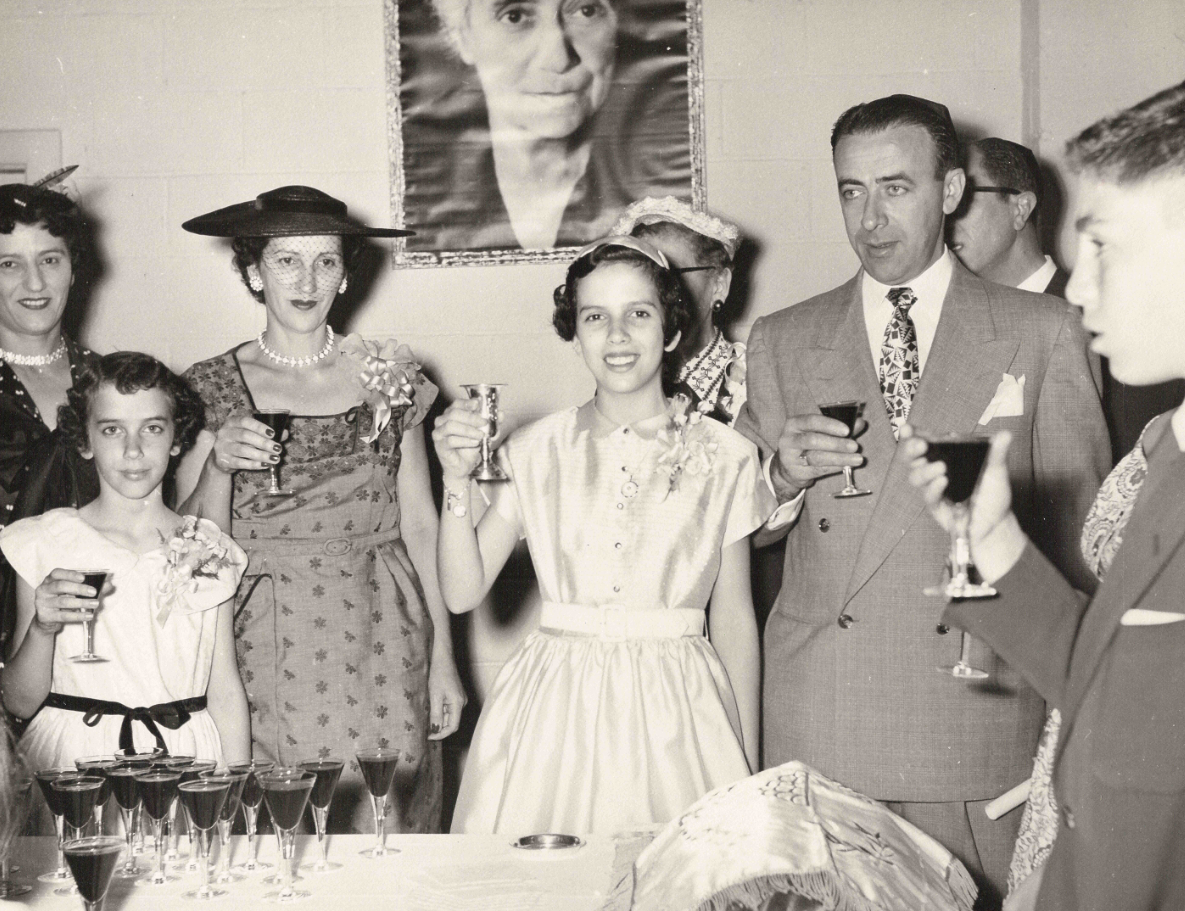 These are the first images provided by the Judaic Library and they offer a window into Charlotte’s past. Many of the images include well-researched descriptions that provide the names and dates of important people and businesses that helped Charlotte become the Queen City that we know today. Most of the descriptions contain  specific locations, making it possible to Geo-tag the images, which are in prominent places at the city center.

Below are a few highlights from the collection: 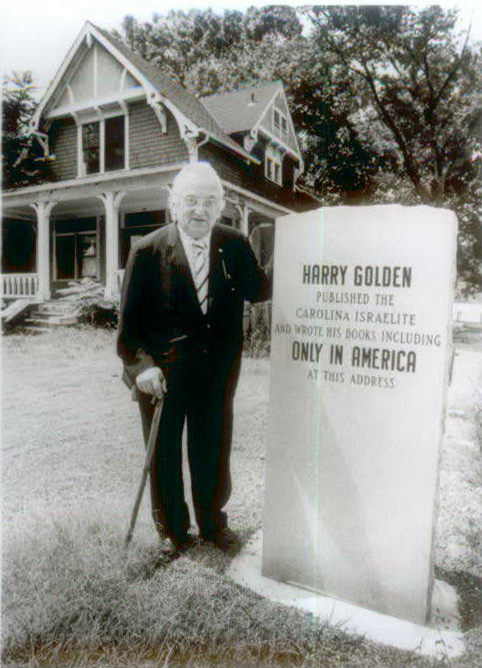 Harry Golden at his former home in Charlotte. 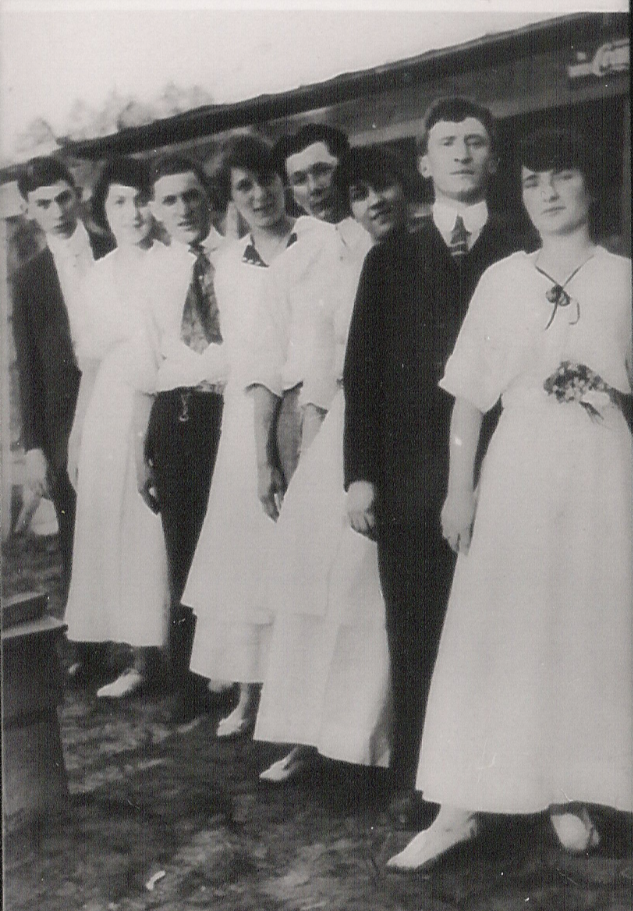 To learn more about the Jewish Historical Society of Greater Charlotte located at the Levine-Sklut Judaic Library Resource Center, please visit the contributor page or their home page.

Local newspapers served an important role in the life of small communities, detailing happenings in town, including milestones in the town’s growth and development.  For example, the issue pictured below from October 1972 describes the plans for a new shopping center in the area. Researchers interested in genealogical research or community development over several decades of the twentieth century will find these local papers useful.  Check out all of our digitized community newspapers browsing the North Carolina Newspapers Collection. 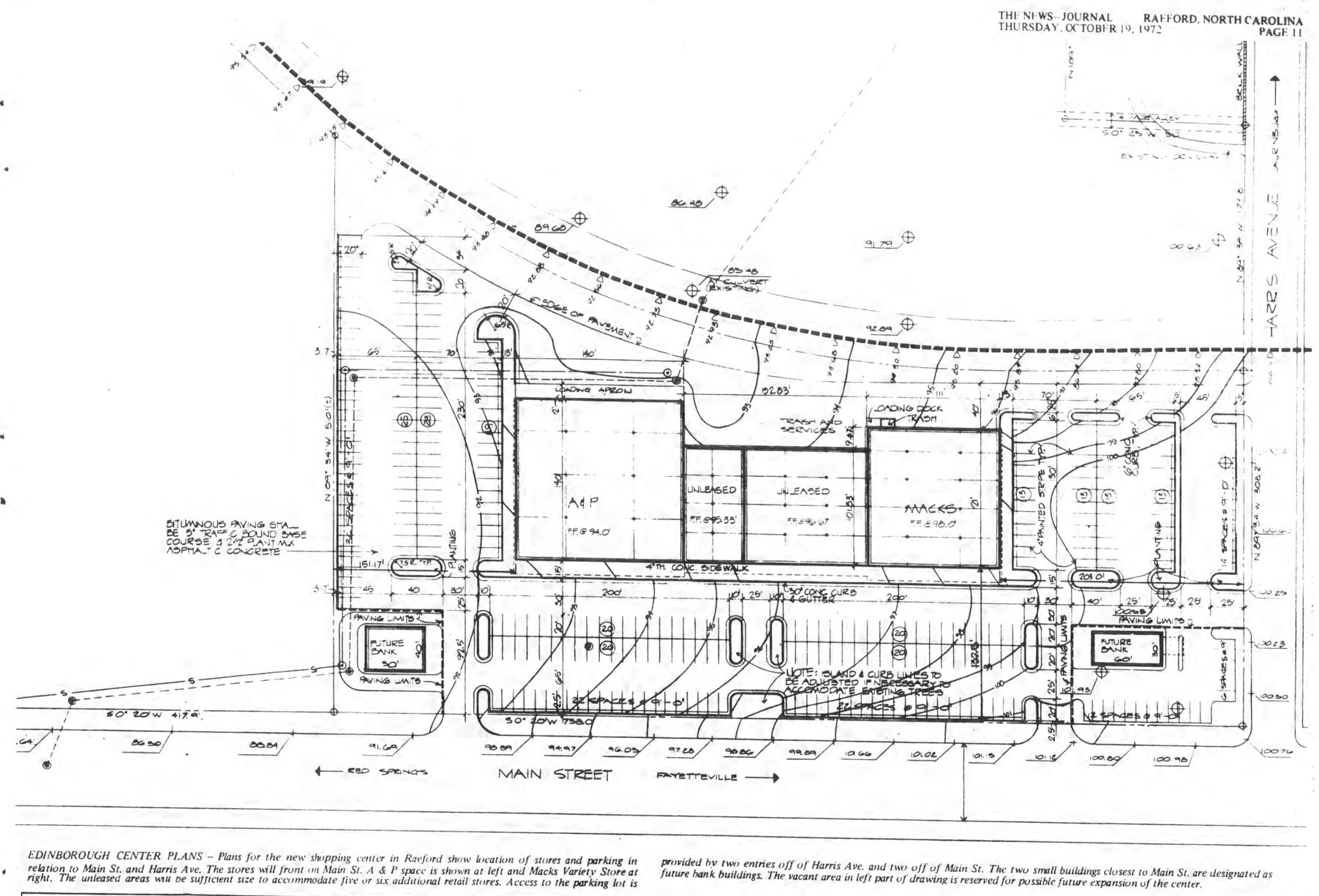 You can view all of the digitized editions of the News-Journal from Hoke County at the following link. To learn more UNC-Chapel Hill, which contributed this paper, please visit the contributor page where you can see many other community newspapers that are preserved at the university.

These issues add to the nearly 800 other issues of the paper (also known as the Tryon Bee) that are already online. Like many newspapers from small communities in North Carolina, the paper was a source of local events, advertisements, national and international stories, serialized novels, regular columns, and style information.

All of the issues of the Polk County News are an excellent source for genealogical research, as the paper covers many of the comings and goings within the town.

To learn more about the Polk County Public Library, please visit their contributor page or their website. 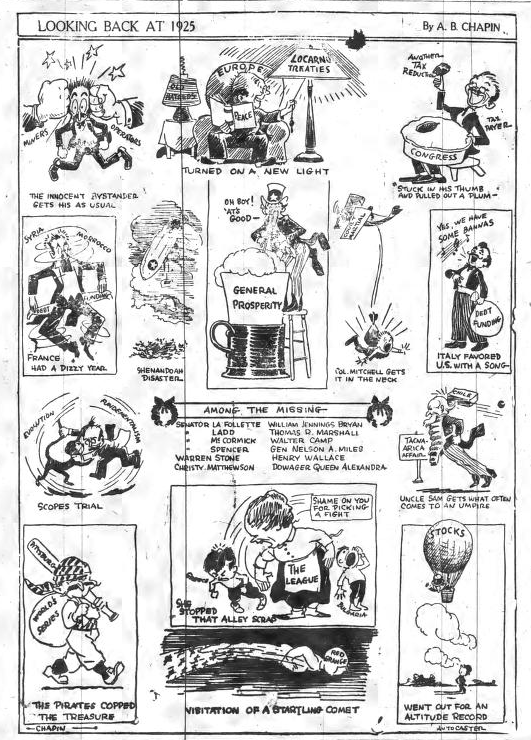 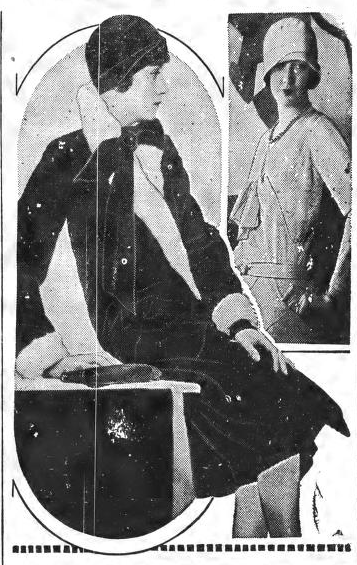 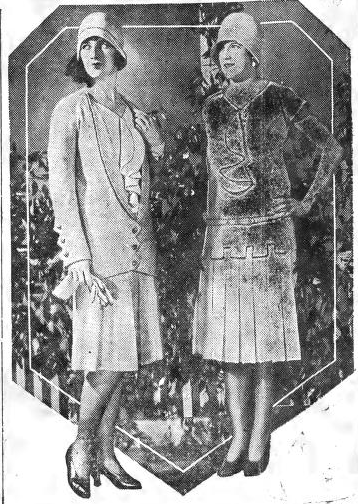 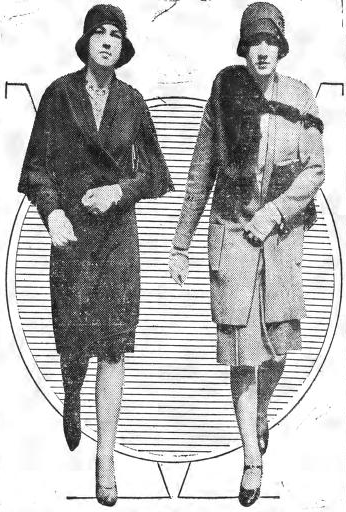 As their first contribution to DigitalNC, we are happy to publish several decades of The Warren Record newspaper. The issues date from 1929-1938 and from 1959-1970 are available for research and exploration.

The Warren Record was a weekly community newspaper that offered stories from both local and national headlines. During the earlier decades, it also included a page that was dedicated to the interests of women. The paper often reprinted popular fashion articles and images that were fresh from the New York runways. Like the images presented above, they present a unique look into the styles that women were exposed to during the early twentieth century, even in rural areas of North Carolina.

Browse all the issues of the Warren Record that are available on DigitalNC here. To learn more about this new partner, the Warren County Memorial Library, please visit their contributor page or their website. 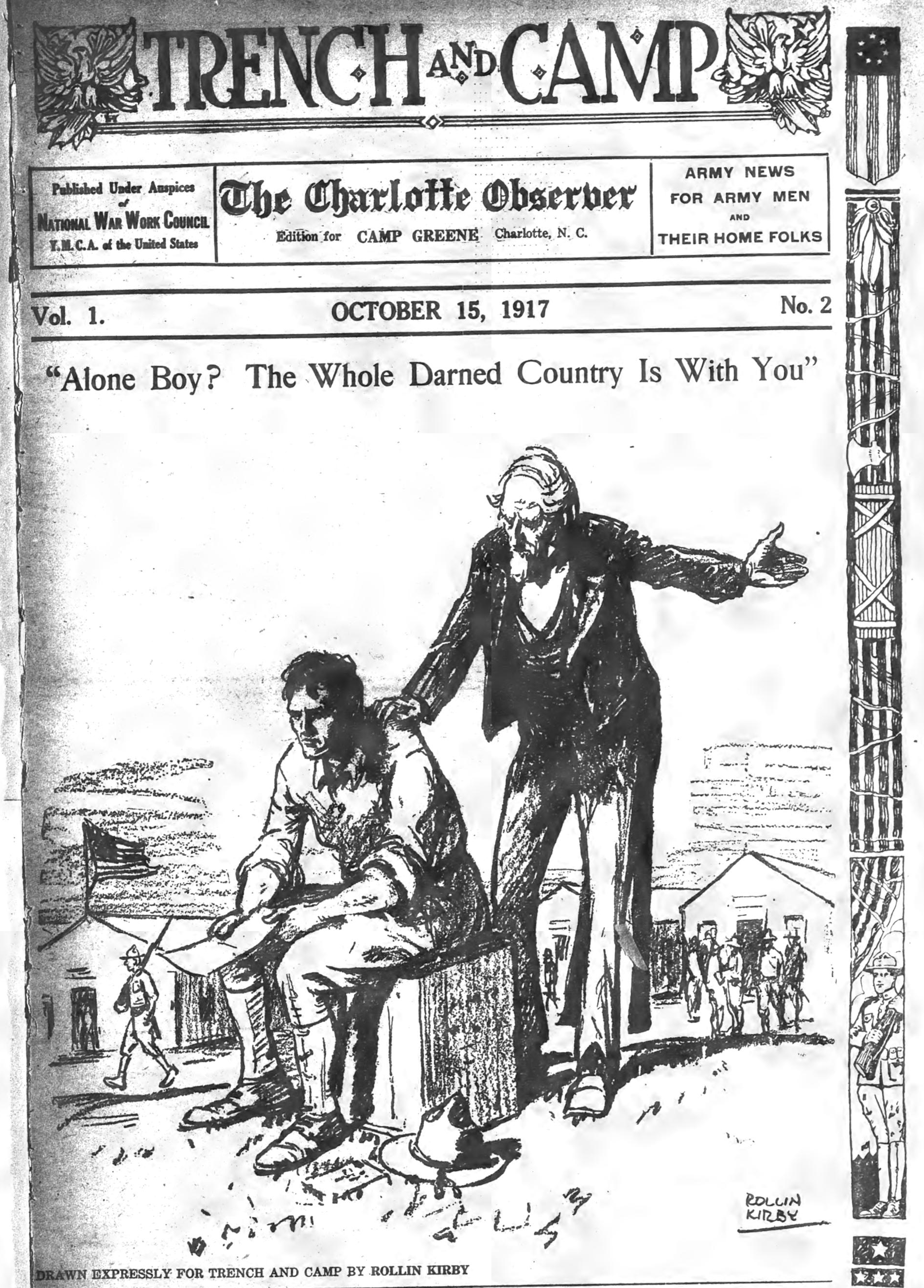 53 issues of the “Trench and Camp” are now available on DigitalNC courtesy of the Charlotte Mecklenburg Library. They cover October, 1917 through December 1918.

The Trench and Camp newspaper was published for soldiers living in the 32 domestic cantonments during World War I, like those living at Camp Green in Charlotte. Published by the National War Work Council of the YMCA and in partnership with local city newspapers (these issues were published in partnership with Charlotte Observer), the Trench and Camp was filled with information that would be important for the activities and moral of soldiers who were often far from home. The central New York editorial office supplied half of the material and the local publisher supplied the second half, as well as the adds.

These editions are excellent resources for those interested in communication during war time, as these papers were seen as direct communication between the President and those serving their country. They also contain some great illustrations, like those seen in this post.

The historical information used in this post can be found in the Kautz Family YMCA Archives at the University of Minnesota, which holds many editions of the Trench and Camp from the other 32 domestic camps around the United States. To learn more about our contributor, the Charlotte Mecklenburg Library, please visit their contributor page or their homepage. 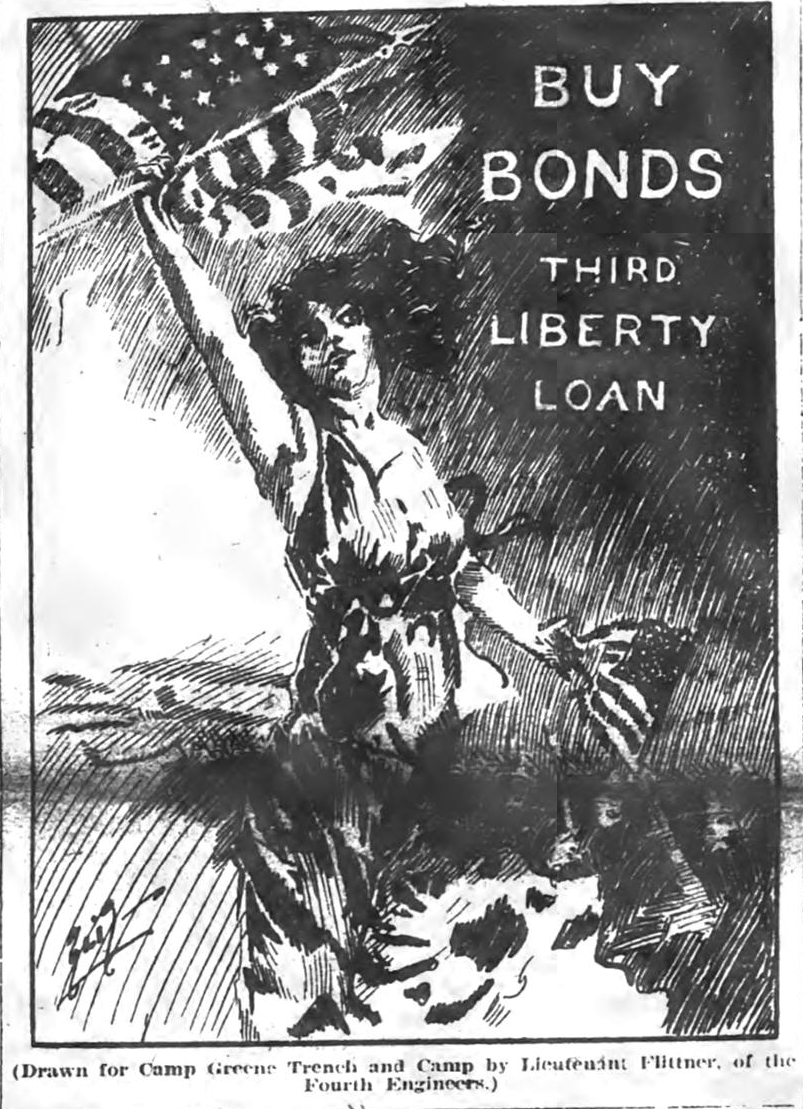 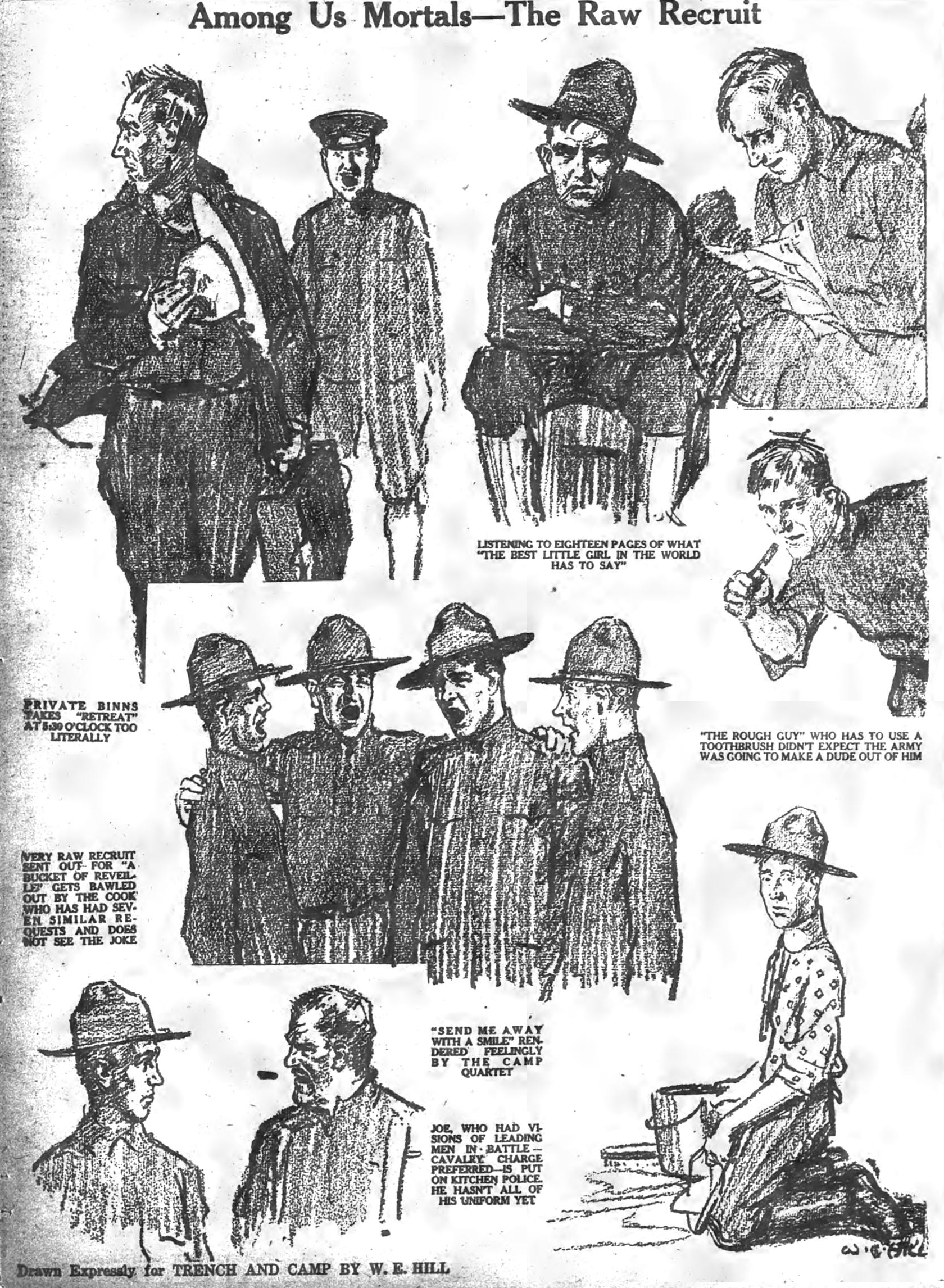 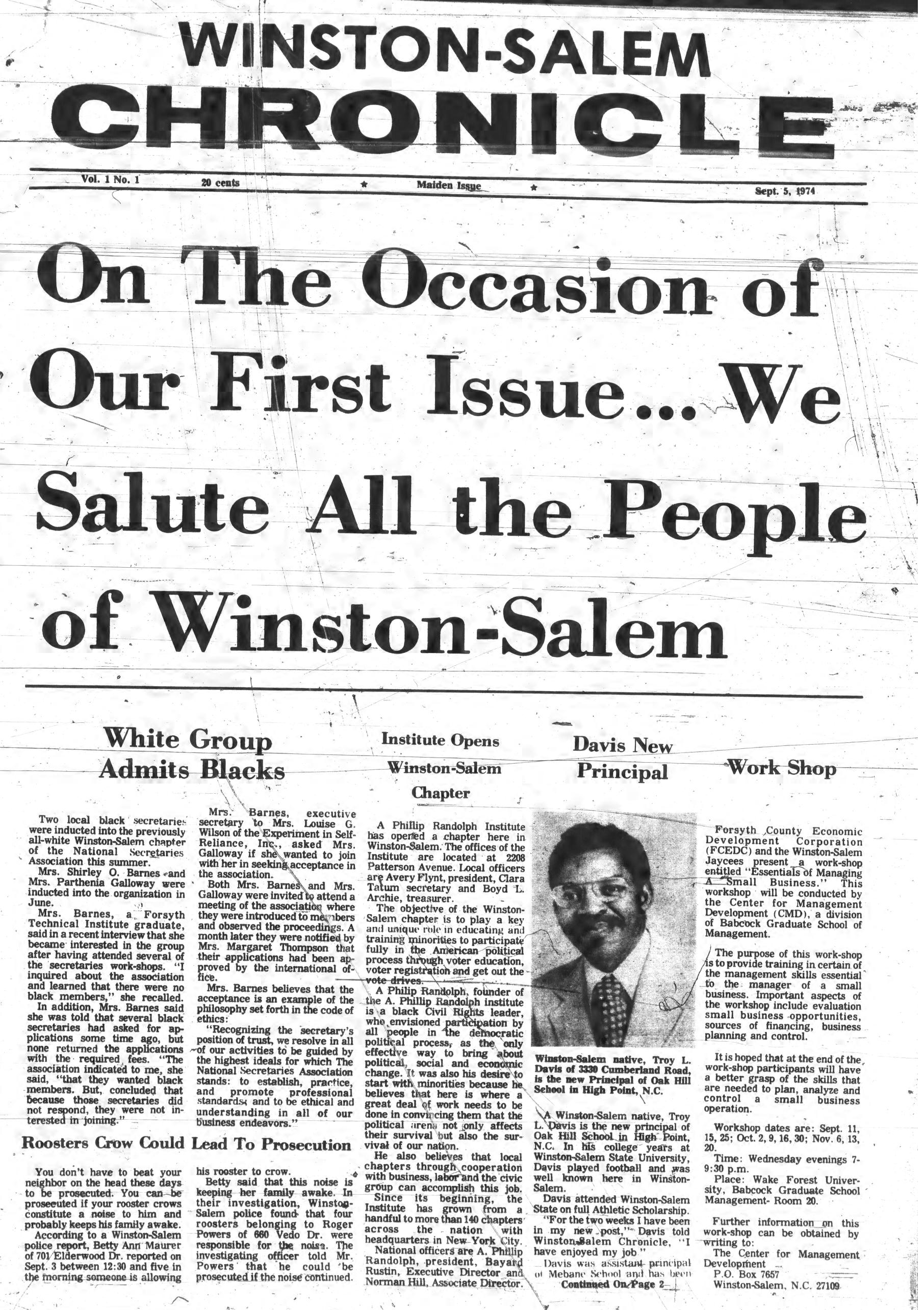 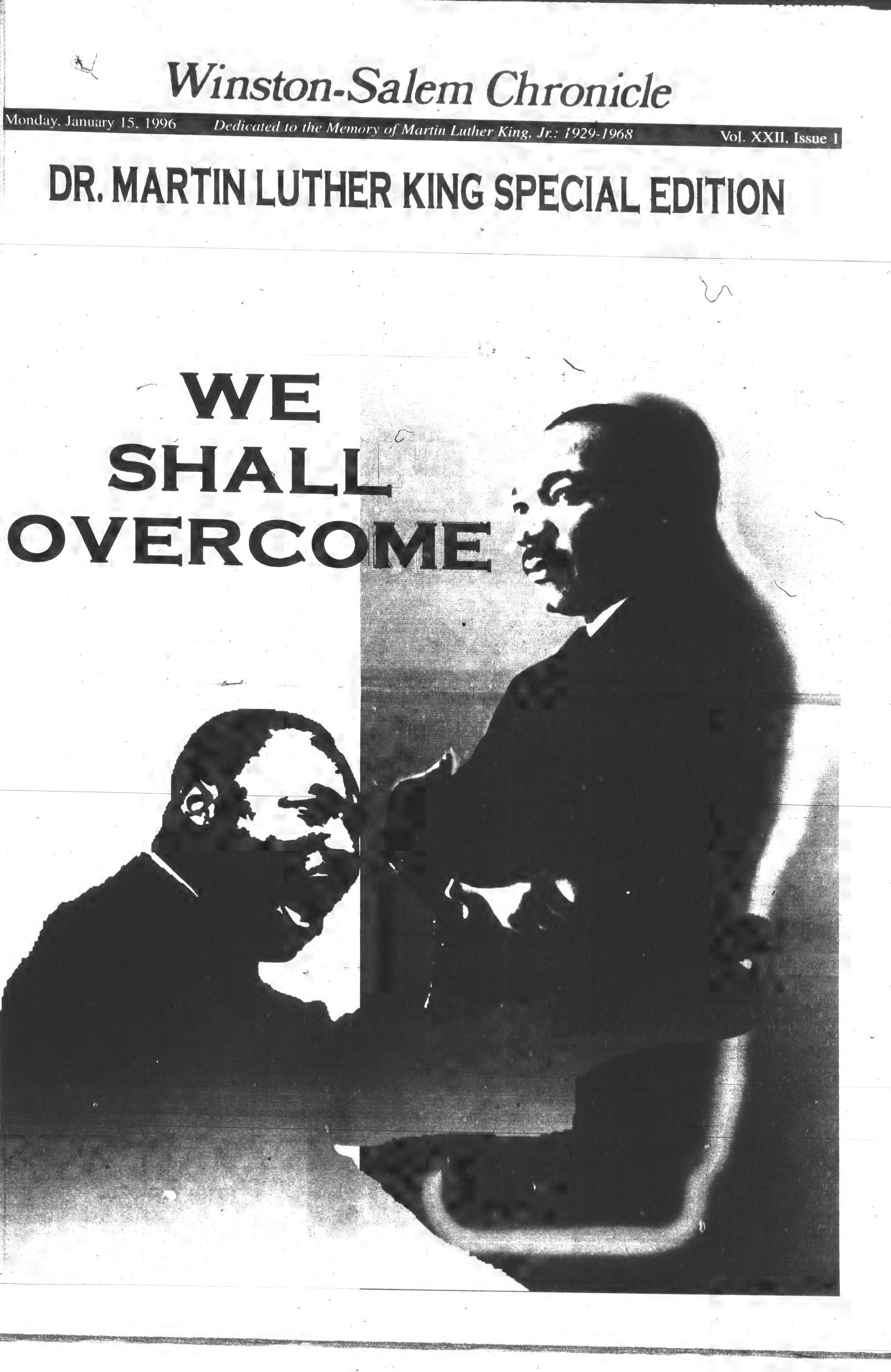 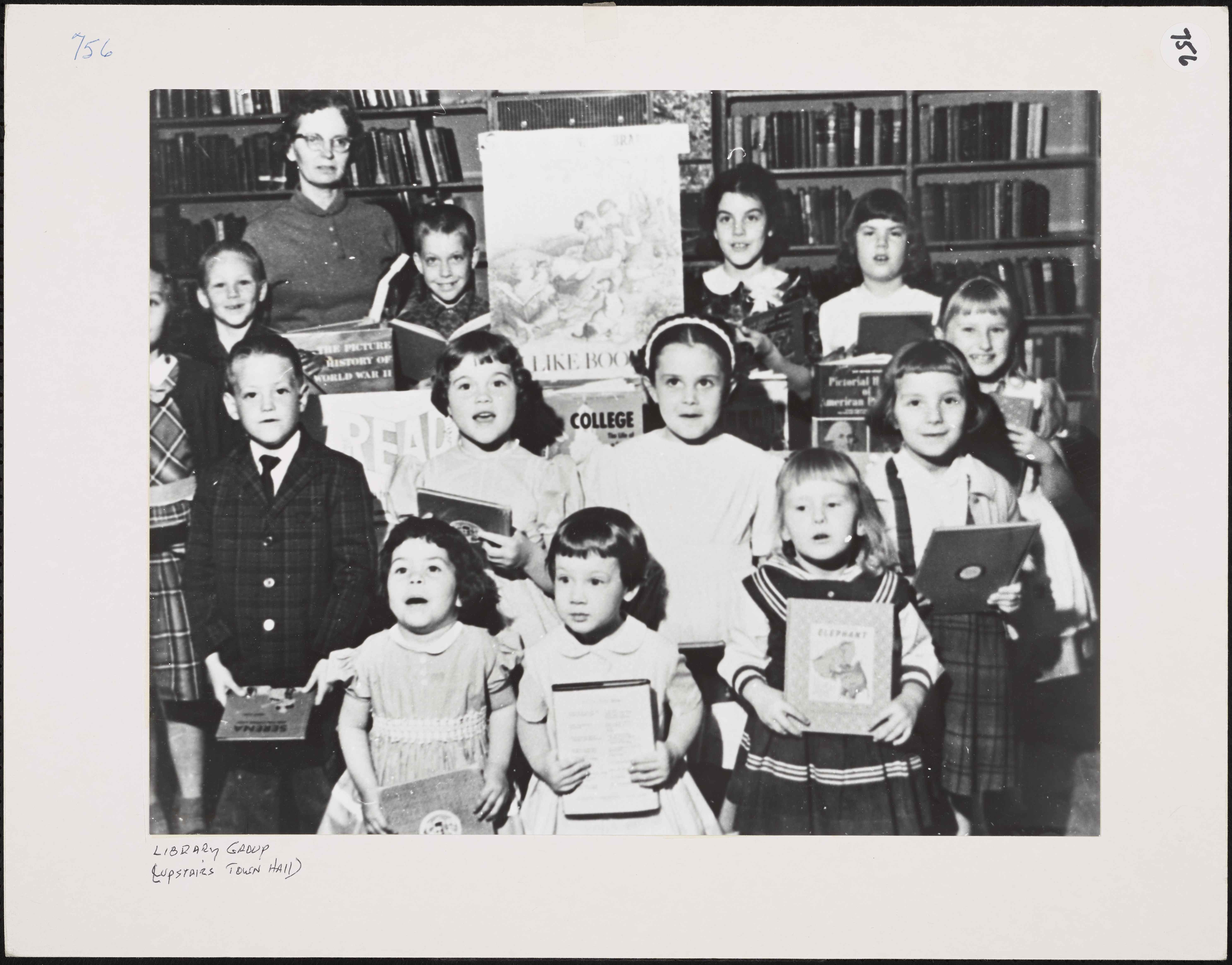 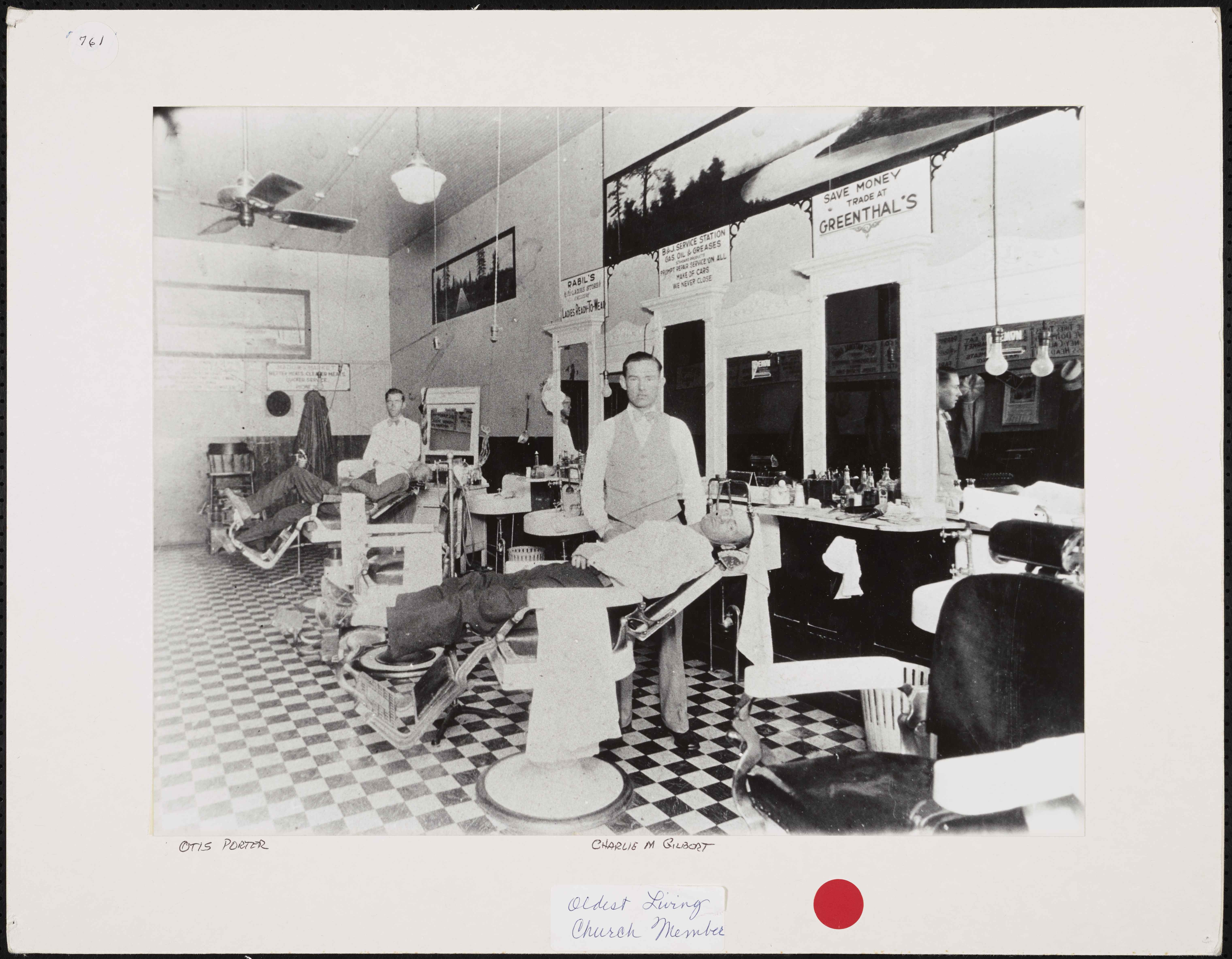 Charlie Gilbert and Otis Porter in the Barber Shop

Nearly 100 new photos are now available on DigitalNC thanks to our partner, the Benson Museum of Local History!

Many of these photos have excellent documentation of names, locations, and dates. Genealogists, local historians, or Benson residents may find these resources helpful.

These images add to the many others from this collection available online, documenting Benson and the surrounding communities. The photos depict individuals and families, schools and businesses, and many of the local traditions that shape the culture of this small community, like the Mule Day Parade.

To see more images from the Benson Museum of Local History, please visit their contributor page. To learn more about the museum and plan your next visit, please their homepage. 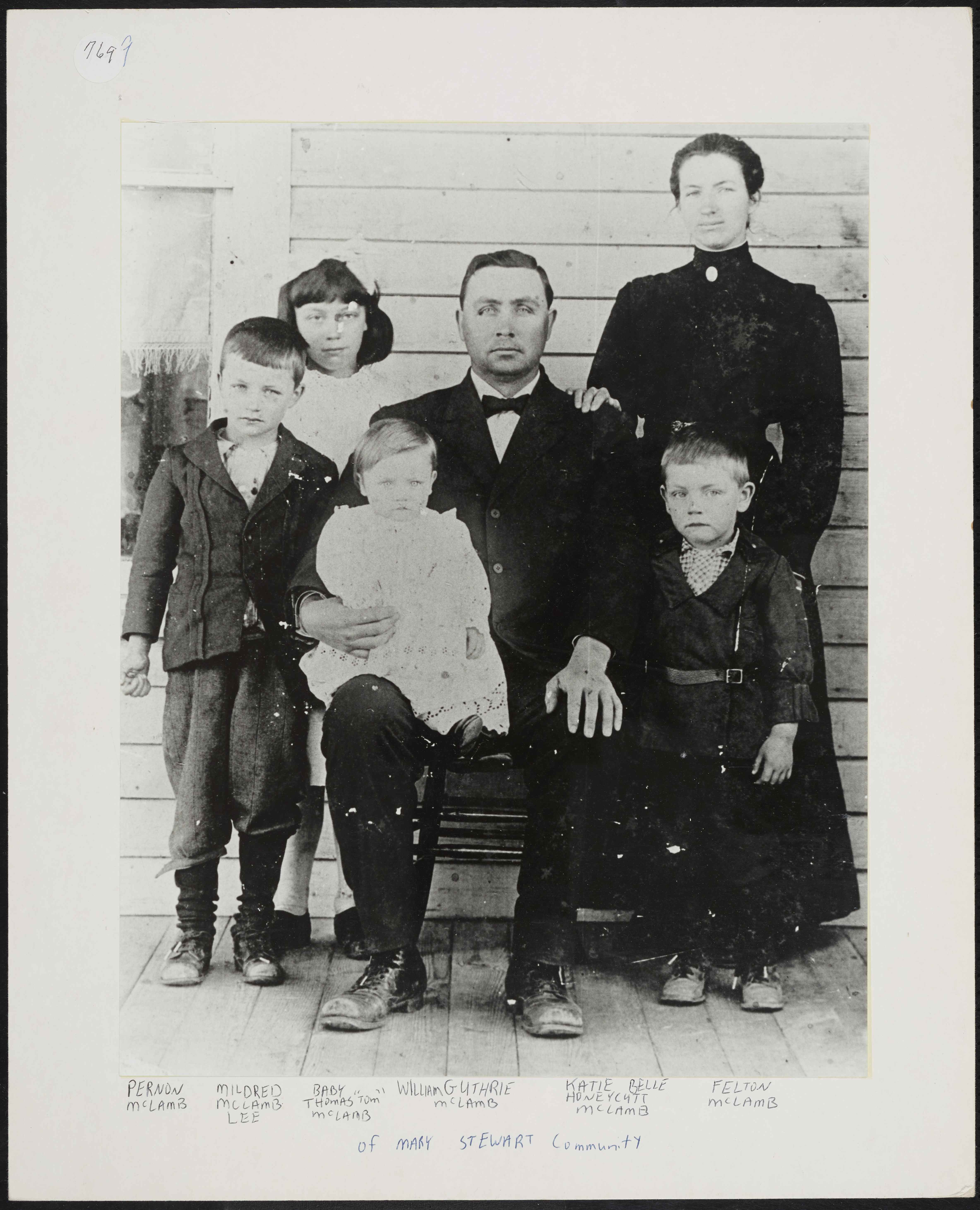 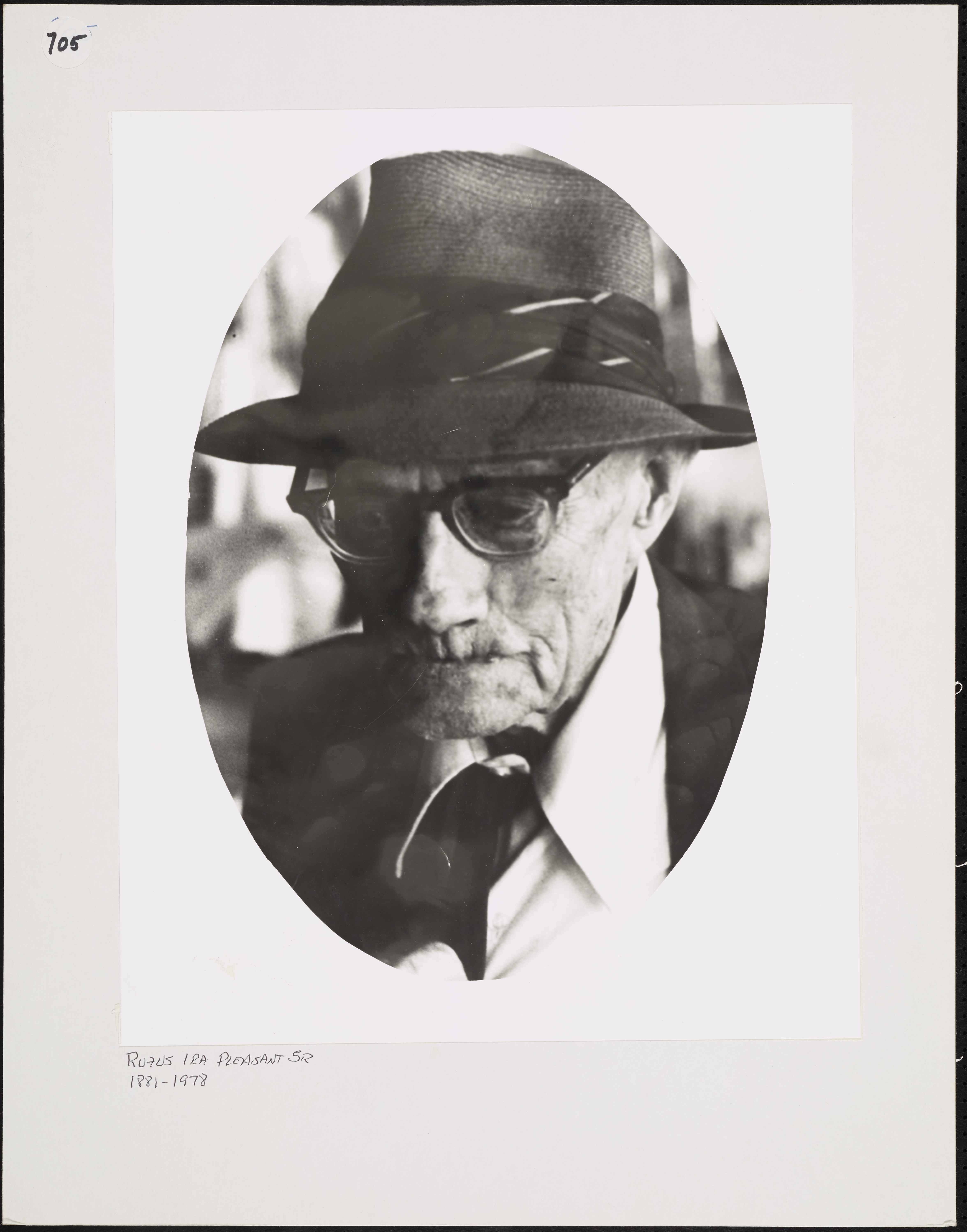 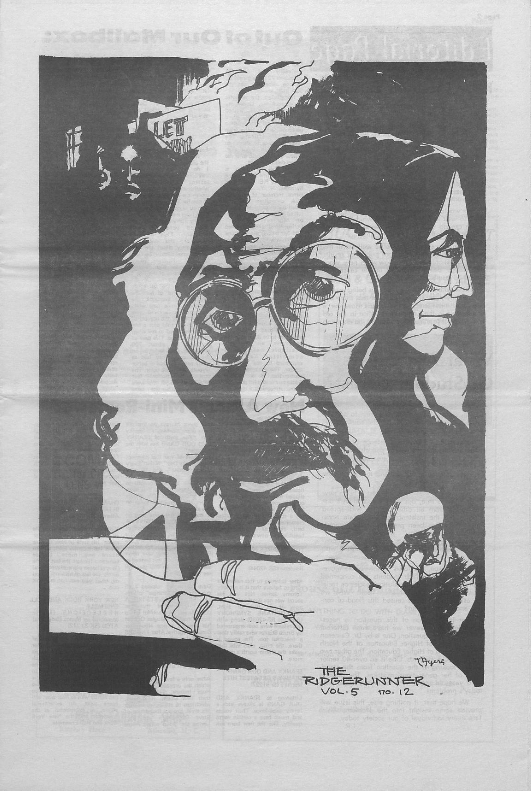 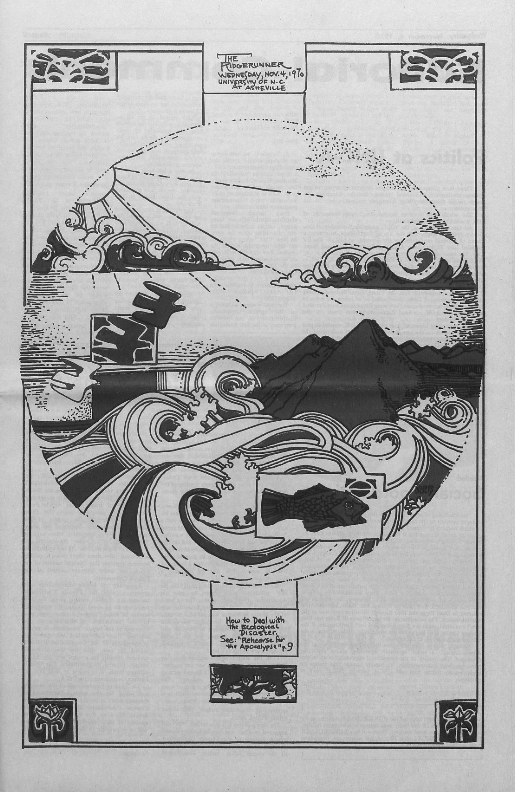 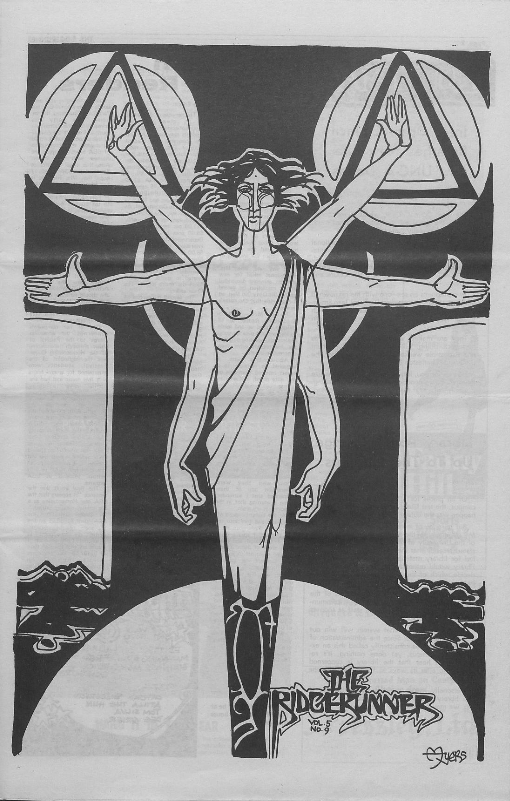 Student newspapers can often be sources of historical and cultural documentation. UNCA has an active mass communication program and their student newspaper has served as an outlet for many students on campus over the years. It is easy to track the political trends both within the community and nationally through many of the articles, images, and ads that highlight current events. Researchers could find these useful for studying popular culture and political activity.

One such highlight from this batch of newspapers documents Leonard Nimoy’s visit to campus during the 1970’s. Nimoy was a well known actor from the Star Trek franchise, where he played Mr. Spock. 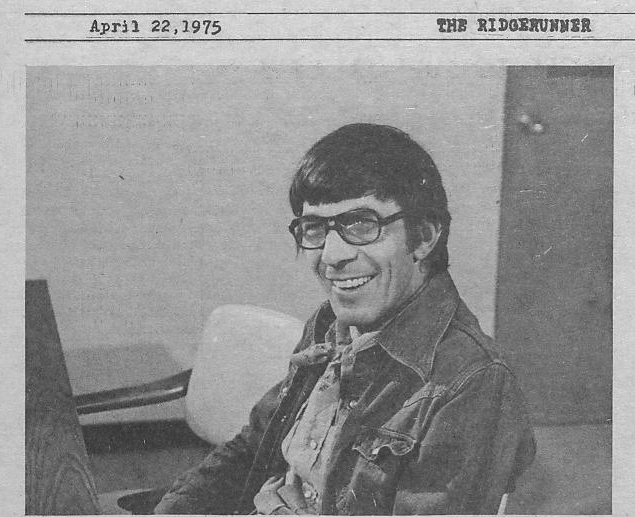 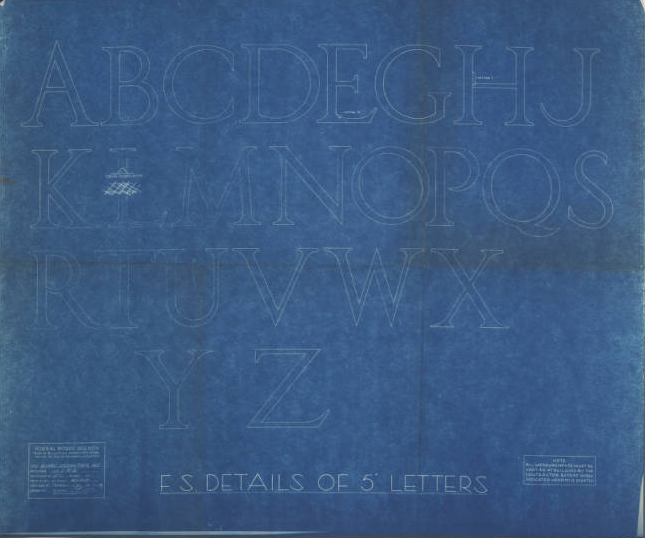 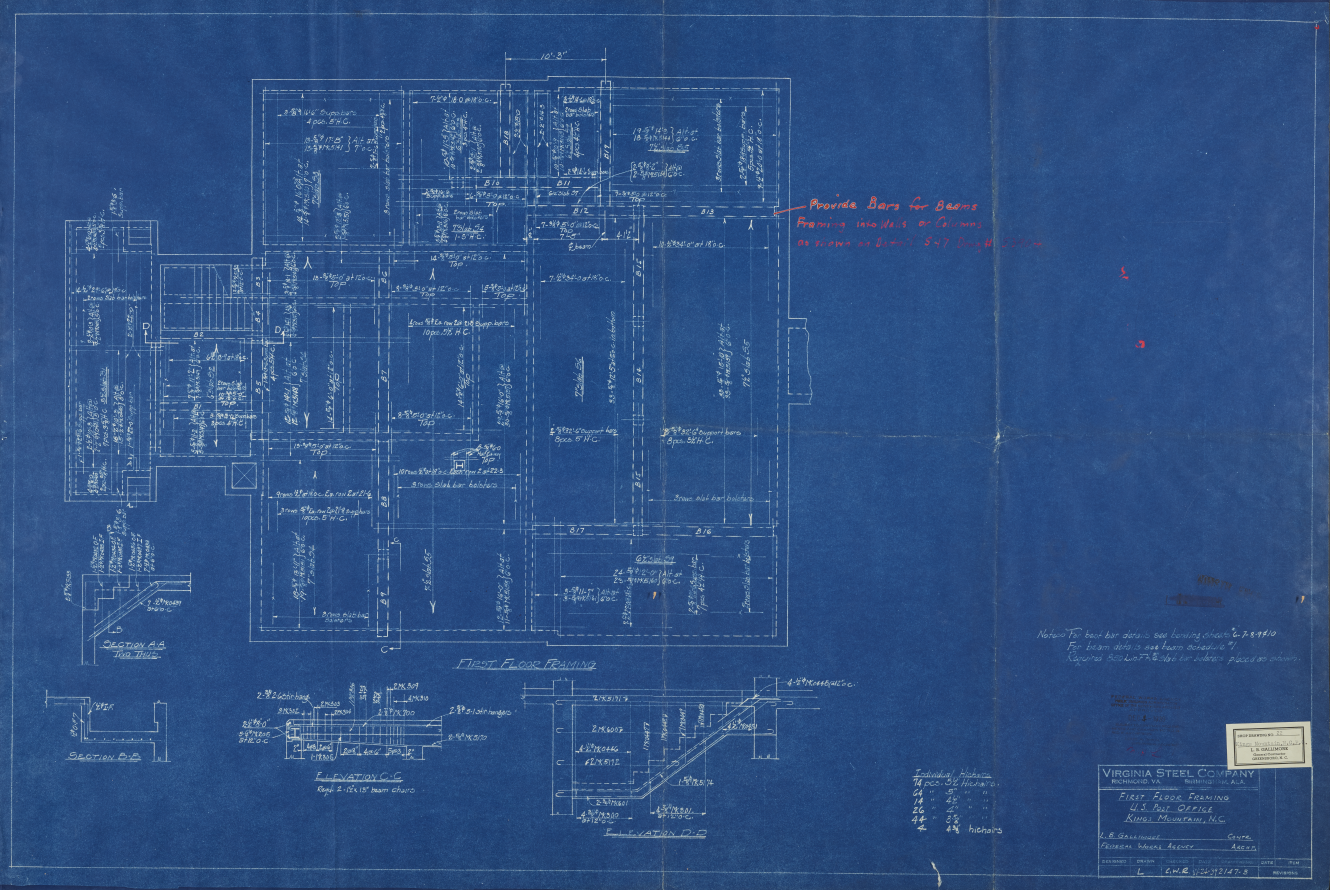