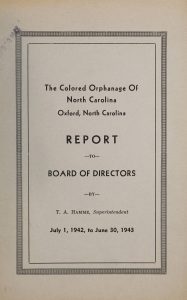 Front cover of the report for The Colored Orphanage of North Carolina during 1942 – 1943.

Digital NC is excited to announce new materials from our new partner, Central Children’s Home of North Carolina. The new items include reports from the Board of Directors for The Colored Orphanage of North Carolina from the 1940s to the 1970s. The reports include information about local organizations donating to support the orphanage, a list of staff, school enrollment, and a summary of the activities.

Currently, the Central Children’s Home offers services for youth ages 9 – 21 providing residential care for children and young adults in need for over 100 years.

To see more materials in our NC memorabilia collection, visit us here. 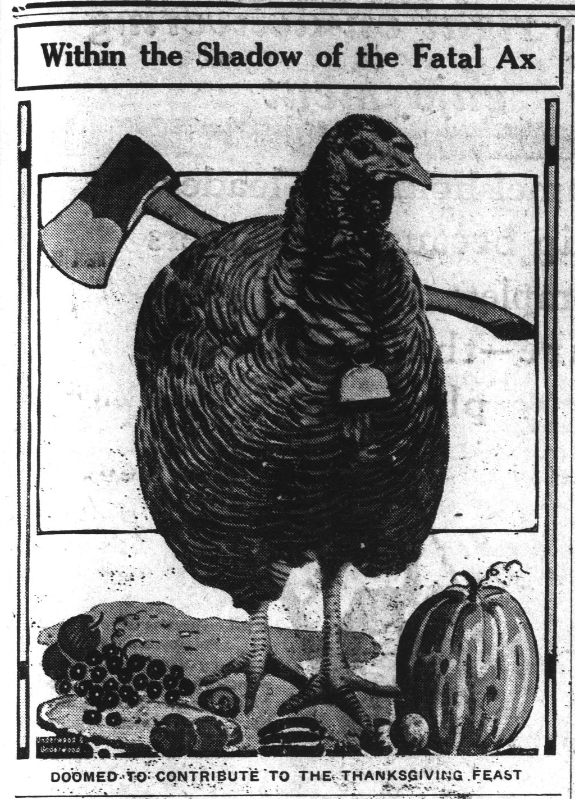 On this day of thanks, the North Carolina Digital Heritage Center would like to extend a huge THANK YOU to our partners and site visitors for another phenomenal year. However you decide to observe the fourth Thursday in November, the NCDHC hopes that your day is filled with great food, remembrance, reflection and community.

Thanks to funding from the State Library of North Carolina’s LSTA Grant and our partner, University of North Carolina at Chapel Hill, for additional issues of The Norlina Headlight which are now available to view on our website. This batch, spanning 1925 to 1927, brings DigitalNC’s total number of issues to 401. 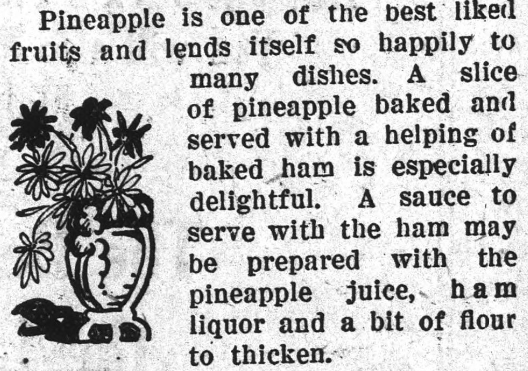 If you’re looking for a new recipe to add to your table this week, the November 18, 1927 Thanksgiving issue of The Norlina Headlight has you covered. Fans of pineapple and ham on pizza should try Nellie Maxwell’s baked pineapple and ham recipe. Simply take a slice of baked pineapple and serve it with a helping of baked ham. If you prefer to have a sauce, however, Maxwell suggests mixing pineapple juice, ham liquor, and a bit of flour together to serve with your baked ham.

To learn more about the University of North Carolina at Chapel Hill, please visit their website.

To view all issues of The Norlina Headlight, please click here.

Celebrate autumn with these warm and hearty recipes pulled straight from the archives! 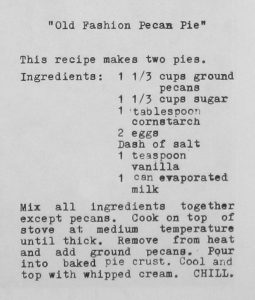 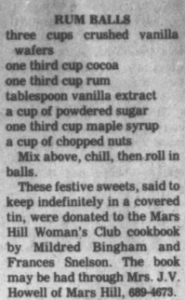 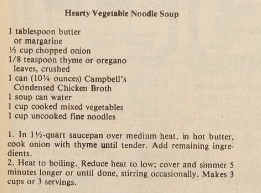 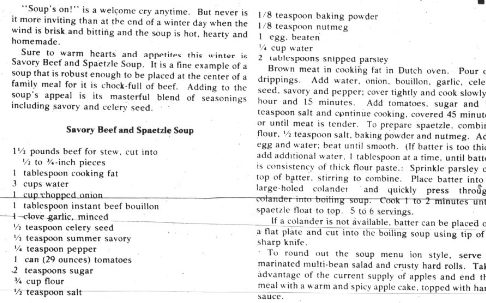 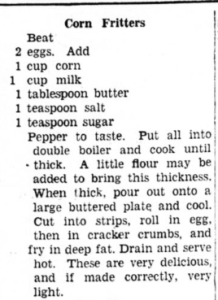 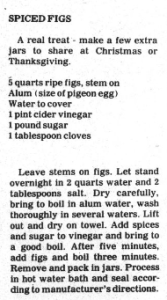 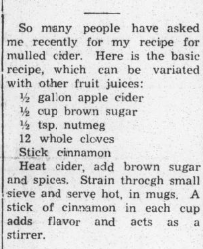 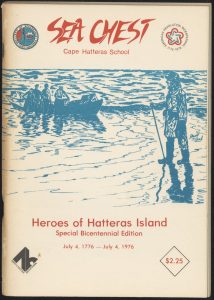 A new batch of 23 publications of the school magazine from Cape Hatteras School (now Cape Hatteras Secondary School) dating back from 1973 to 2000 has been digitized and made available on DigitalNC, courtesy of our partner, the Dare County Library.

The Sea Chest is a magazine written by students at Cape Hatteras School . While learning about journalism and everyday skills, the students use the publication as a way to document and preserve North Carolina coast culture. They would do this through their articles, interviews with community members, and photographs.
To learn more about the Dare County Library, you can find more information by visiting their partner page or taking a look at their website. 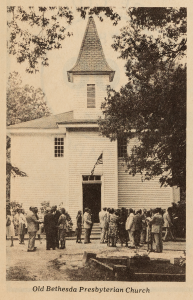 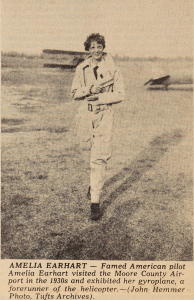 More yearbooks are in—and they are from the golden age of yearbook graphic design! Thanks to our partner, the Page-Walker Arts & History Center, we’ve added the 1968-1972 yearbooks from Cary High School to our site.

Although the artistry of these yearbooks can’t be captured by excerpts alone (you can look at the full yearbooks here), some of the artistry of Cary High’s curriculum could be. The yearbook staff was able to make classes look fun—even if that contradicts some of the student opinions. Here are some examples that will make you want to enroll. 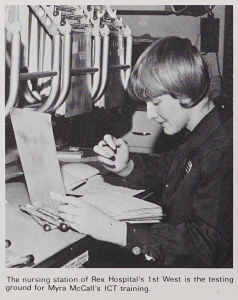 This student looks like they might be at work, but in fact, this is part of an ICT class—which stands for “industrial co-operative training.” Myra, the caption explains, is in Rex Hospital at a nursing station. From the rest of the yearbook spread, it seems like the ICT program helped students get a sense of what certain jobs were really like. 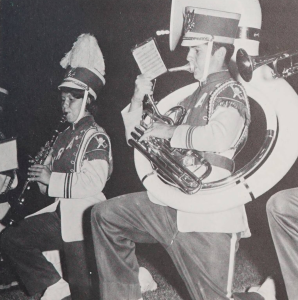 Of course band is on the list! Look at those uniforms! The wrap-around marching tuba! Who wouldn’t see the appeal of goofing around with your friends while you play instruments? Then again, you always run the risk of having a trumpet played right next to your ear. 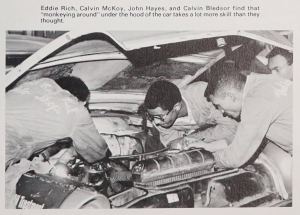 For those who find sitting in desks and taking notes dreary, there are always hands-on classes. The yearbook notes that these students are at West Cary, then a satellite school for first year students that was separate from the senior high school. The extra space meant more room for vocational classes. 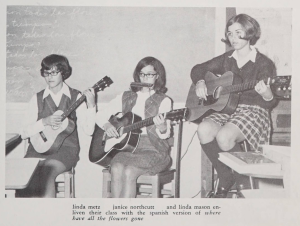 Apparently, having to sing in front of your foreign language class is a tradition that goes back decades. While some students may find the assignment harrowing, these three performers decided to adapt a favorite song, “Where have all the flowers gone?” (You can listen to a 1967 Spanish adaptation here, though it isn’t by students.) 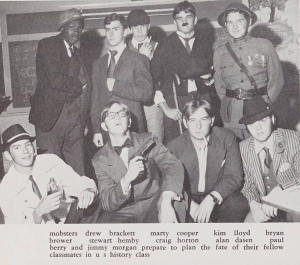 Nothing brings history to life like costume role-play—or so might argue these students. The caption describes these students as “mobsters” deciding on “the fate of their fellow classmates,” but there looks to be at least one Charlie Chaplin and perhaps a soldier in there.

Especially for the staff members of this era, yearbook was kind of a fine art. The real perk of the job, though, was getting to use that camera. 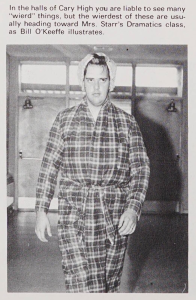 Who knows what was happening here? I suppose the caption warns you that you’re liable to see “weird” things near the drama department. Bill does not seem eager to have this photo taken.

You can see the full batch of The Yrac yearbooks here or browse our North Carolina Yearbooks collection by school and date. To see more materials from the Page-Walker Arts & History Center, you can visit their partner page and their website.