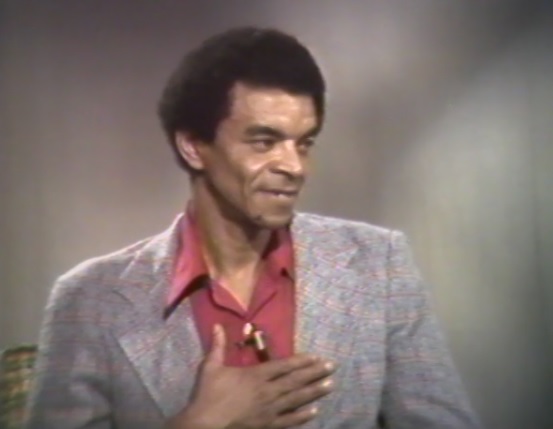 From Durham Technical Institute’s Community Video Services and the Durham Arts Council, Cynthia Watts interviews Yusuf Salim in Arts in Durham, Brother Yusuf, 1979. This moving image can be found in DigitalNC’s  new North Carolina Sites and Sounds Collection. It was contributed by the Durham Public Library.

Born Joseph Blair in Baltimore in 1929, Yusuf Salim was a lifelong Jazz pianist and composer, performing in several bands in Baltimore, New York City, and Durham. Salim was a well-known figure in Durham, but apart from his small collection of archival material, his memory now resides mainly in the hearts of Durhamites who knew him. He served as a resource for the growing jazz community and often helped and hosted musicians who were settling in or passing through the Triangle. He was also known as a humanitarian and community activist, promoting peace among the rapidly diversifying population in the Triangle.

In the film, Watts askes Salim “Why did you choose Durham?” (3:14)
“Durham chose me.” Salim continued to describe his love of the Triangle area. He discussed the many “points of reference” by which he compared his experience. One such moment was his time as a Marine in Eastern North Carolina. Even in his full Marine uniform he was forced to walk in the dirt to let white people pass. But times had changed in the Triangle and Salim’s attitude and outlook were positive, which he credits to his Islamic faith. Salim also spoke openly about his struggle with heroin and how his faith freed him from his addiction. He went cold-turkey upon his move to Durham in 1974 and was clean from then on.

More than half of the moving image is dedicated to what Salim did best– jazz performance. The film documents 15 minutes of Salim’s skill on the jazz piano.

Two other moving image items from the the Durham Public Library that also feature Salim are available on DigitalNC:

Salim died in 2008 after a battle with prostate cancer. His memorial was held at the Hayti Heritage Center in Durham. This moving image offers a warm memory of a beloved Durham jazz icon and captures a moment of the art scene in the Triangle during the 1970’s. For more information and research about Yusuf Salim and his life in Durham, please visit Duke University’s Rubenstein Library where his collection is housed. It holds many of the original scores that he composed. Related material about Jazz in Durham can be found at the Durham Main Library in the Bus Brown Collection. You can also view many other materials shared by Durham County Library on DigitalNC or in their own digital collections.