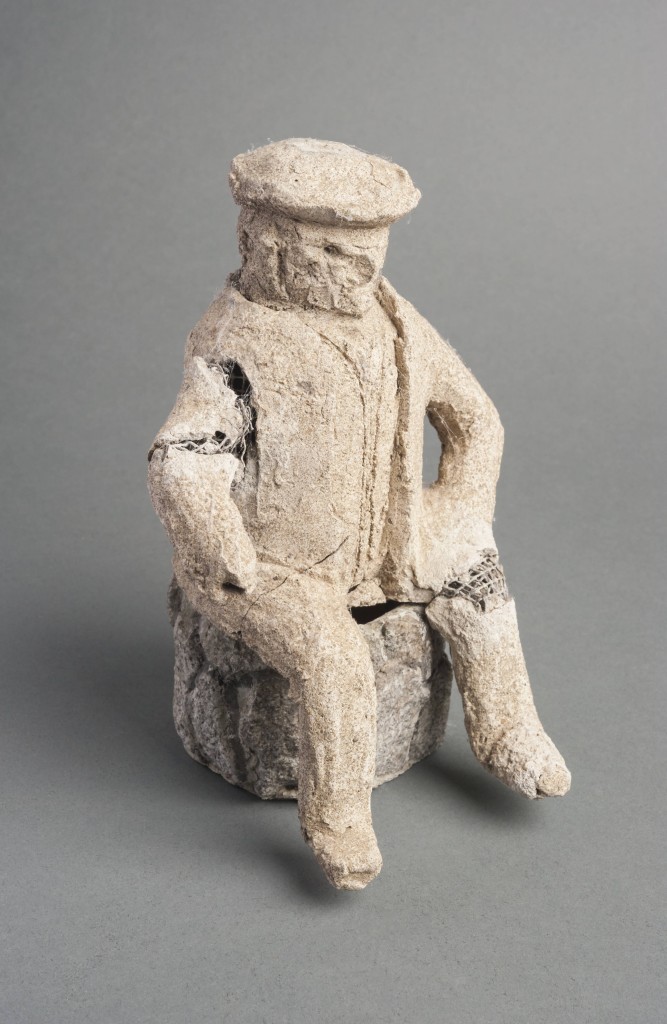 We’ve recently partnered with the Oliver Nestus Freeman Round House Museum to add items from their collection to DigitalNC. We visited the Museum back in June, and learned about Mr. Freeman and the impact he had on Wilson, NC. Freeman, a local builder and stonemason, incorporated found materials into many of the objects and structures he created. A number of these still exist around town. Among them is the Round House, which is now a museum dedicated to local African American history and culture.

A photographer in Wilson Library’s Digital Production Center shot a number of tools and objects from the Museum. We also scanned photographs of Freeman, his family (including one of Freeman’s bears, Topsy), and his creations.

Another interesting item included in this batch was an 1907 recommendation for Freeman based on his work as a stonemason at The Presidio in San Francisco. In it, Freeman is described as “Reliable and a strictly temperate man who [the recommender, J. K. Dalmas] would employ in Preference to nine tenths of the Mechanics who have worked here.”

The Museum holds a photocopy of a rare issue of an African American newspaper from 1897 – The Wilson Blade. Our friends in Wilson Library’s North Carolina Collection helped us try to find out more details about this paper. We believe it was only published for a few years (perhaps 1897-1900), by S. A. Smith. We also believe this was the same S. A. Smith who was elected principal of the Wilson Colored Graded School in 1896 (The Daily Times, Wilson, NC, 1896-05-29). The issue contains items typical of papers from this time period: state, local, and personal news; advertisements; a train schedule. There’s also an article on a meeting of the Freedman’s Aid Society and Southern Education Society.

Special thanks goes to Wilson County Public Library, whose staff helped facilitate getting these items online. You can view all of the items digitized for the Museum on DigitalNC.

Early issues of The Wake Forest Student now on DigitalNC →