Thanks to funding from the North Caroliniana Society and from the UNC Libraries IDEA grants, one of the oldest African American newspapers in North Carolina, and the longest continuously published, is now online.  The Star of Zion, which is still published today, began publication in 1876 by the African Methodist Episcopal (A.M.E.) Zion Church.  Issues covering 1884 through 1926 are now on DigitalNC, digitized from microfilm.  The earliest years we digitized are published in a few different places, including Petersburg, Va. and Salisbury, NC.  Beginning in 1896, the paper moved publication to Charlotte, NC where it is still published today. 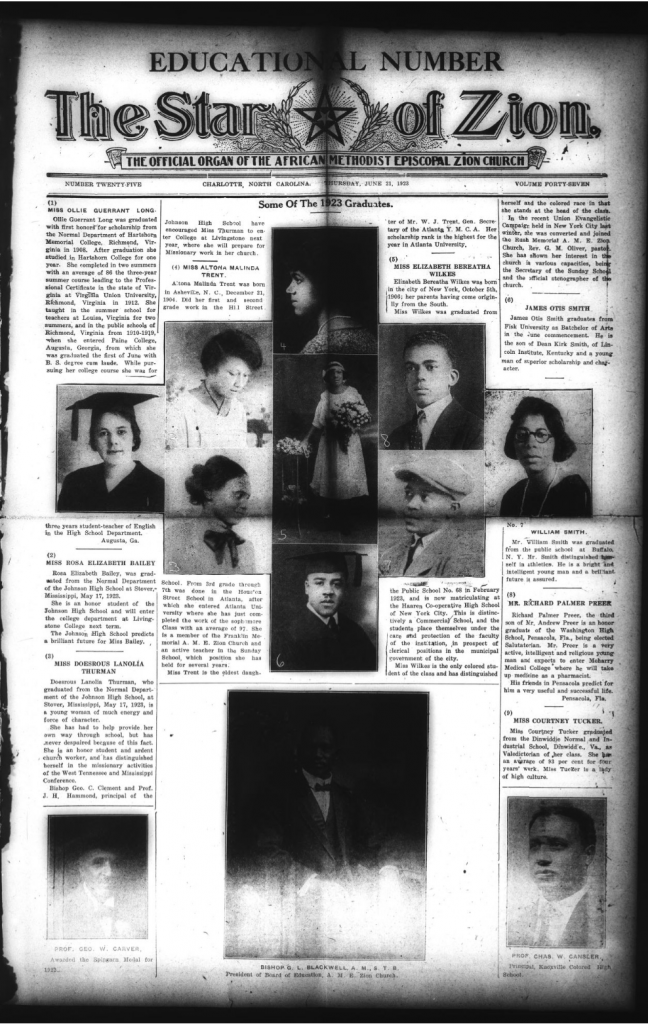 The topics covered by the paper are heavily focused on church activities, including reports from pastors across the country about their localities.  Other topics are also covered, including commentary on political issues of the day.  The papers in 1884 feature the full Republican ticket for the presidency and down, which the editors heartily supported.  The issues in the later years have a wider focus on both issues of the day and church news.

A rather interesting feature that also pops up often in the paper is a presence of a real rivalry with other denomination based African American publications in the state.  One particularly humorous note was posted by the editor in the November 26, 1896 issue of the paper, noting that the Africo-American Presbyterian was lauding the honorary degree Biddle University (now Johnson C. Smith University) had conferred on George White, elected to serve in the 2nd Congressional District from NC (and the last Black Congressman to serve before Jim Crow).  The editors of the Star noted that Livingstone College, the AME Zion affiliated school in North Carolina, had already given one to him in May of that year.  College and religious rivalries are timeless. 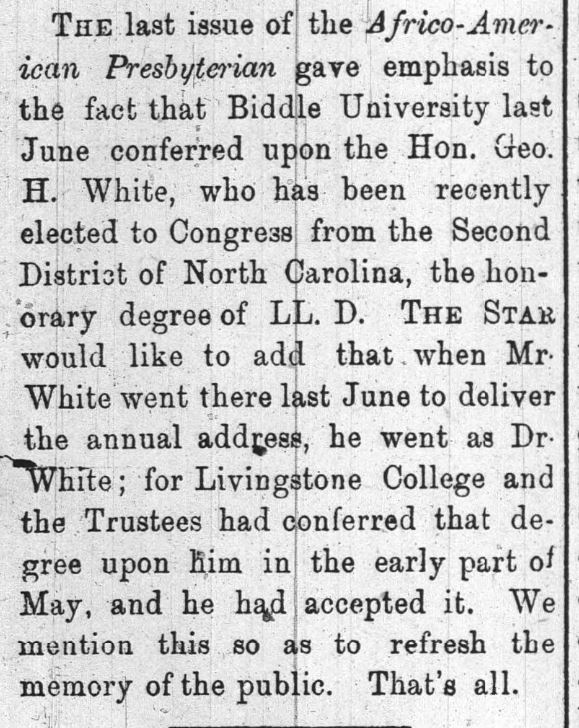 Note from the Editor of the Star of Zion in the November 26, 1896 issue